We conducted an interview with some of the participants, one of them was Siti Norkumala Canderalailaseri binti Kipli; a final year Interior Design student who won the Best Final Presentation under Diploma in Interior Design for her project proposal.

I did a proposal for a multimedia office, for a company called Sribuza. We were asked to do a proposal for a site that is either an abandoned or a historical building in Brunei. So I decided on a site, which is the Hassanal Bolkiah Theatre in Bandar Seri Begawan. 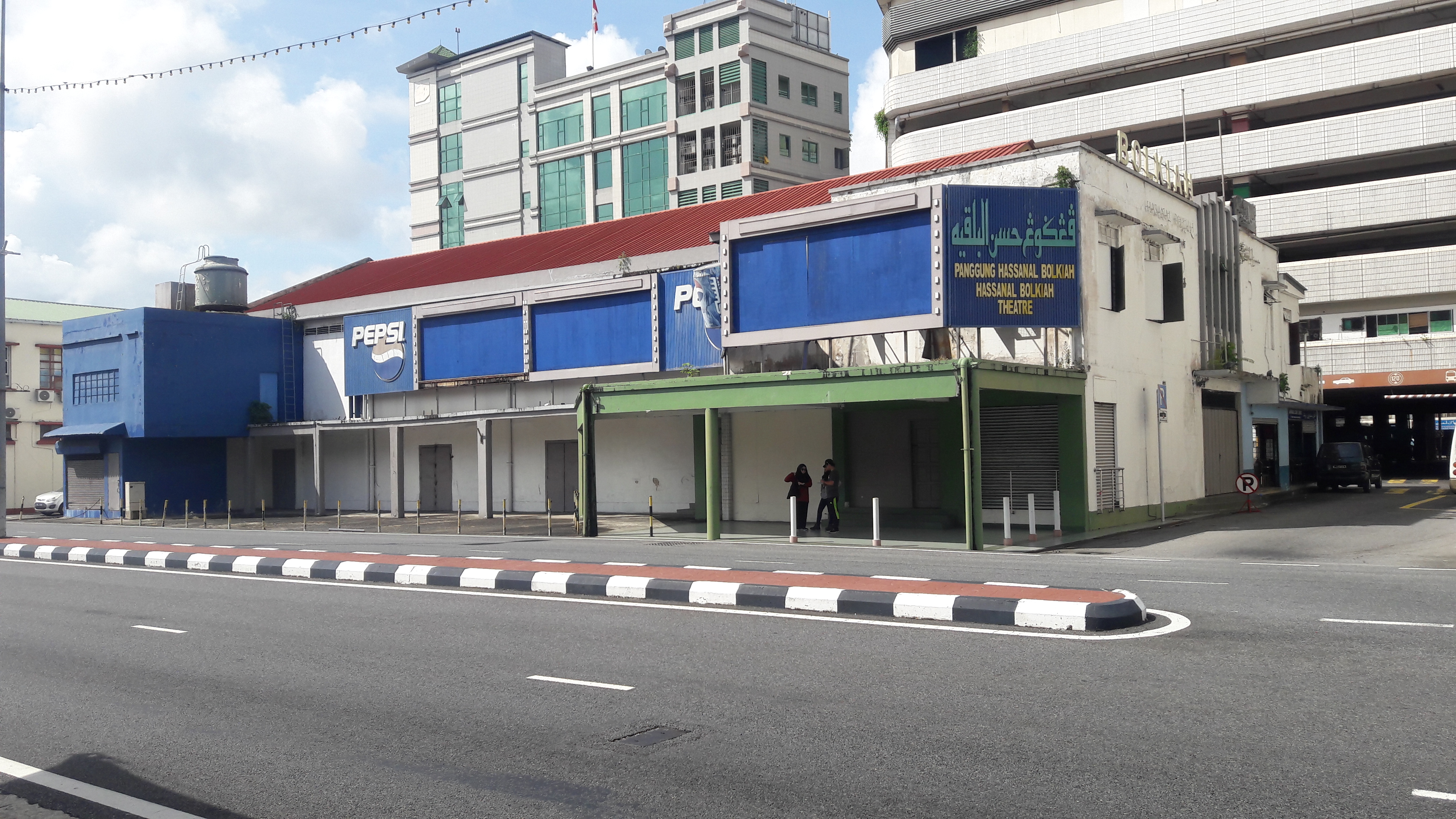 Tell us more about your client.

My client, Sribuza, is a new startup company. Right now, they’re doing online businesses for services like advertising, videography and photography. I chose this company as my client because it has one thing in common with the site that I decided to go for in this project. The building that I chose has a history as a movie theatre, which is related to the media. The same thing goes for what this company is doing - they do multimedia services. So I thought that these two are somehow linked.

I also chose the company because I’d like to help develop the local entrepreneurs in Brunei. I want to support them by helping them in their marketing. Through my design, I hope to get the public’s attention, and spread their business not only nationally, but also internationally.

Why did you choose the Hassanal Bolkiah Theatre as the site for you proposal?

I chose this site because of its advantages. From its location, you can get a beautiful view of Kampong Ayer. You can also see the RIPAS Bridge. The area is also very breezy because it is situated close to Kampong Ayer and the Sungai Kianggeh.

Can you explain to us about the main concept for your design?

My concept for this project is wind, but I mostly used its function and purpose for the design of this building. I wanted to use the natural wind to help cool, refresh and ventilate the building. So I implemented it in my design.

Originally, the building doesn’t have a lot of windows. That’s why if we stand there, we can feel the hot temperature even though it’s windy. It is also mostly made out of concrete. So for my proposal, I had to renovate the place by changing the materials so that it feels more breezy, using systems such as green walls and sustainable materials. I used glass so more light can enter from outside, and materials such as steel and wood to reduce the temperature of the building. I used green walls in places like the meeting room to help cool the area and calm down the people prior to the meeting. There are also solar panels and water harvesting systems so that the building can reduce future costs and electrical use. I also played around with the ventilation through the use of curvy structures, so that the wind can flow into different directions.

﻿Green walls were installed to cool down the areas as can be seen in the studio (Left), offi﻿﻿ce area (Middle) and the meeting room (Right)

Aside from the wind concept and using sustainable materials, is there any other facility or function which you have incorporated into your design?

Yes, I have also added a kinetic design, which shows moving lights. Here on the first floor, there are workstations - which are the office areas - and below that is the communal area - which you will enter once you go into the building. You can observe from downstairs that the workstations at the first floor consist of mostly modern or regular type ceilings. But as you can see, the ceiling at the communal area is quite high, so there is supposed to be a kinetic lighting there, and everyone who sits there can see it.

The rooms on the first floor can be seen from the ground floor, communal area

It’s not just for aesthetic purposes, but it’s also for relaxing. When people go to the office, sometimes they can feel demotivated. And I want them to feel differently once they enter the building, so they won’t be as stressed. But when they come up to the office, it will have a more industrial environment. So different levels in the building will have different environments, and they will evoke different feelings.

That is actually quite interesting. Tell me more about this kinetic light concept, how is it made possible?

Well, it’s not heavy. It’s pretty lightweight and it’s made of regular copper. It has its own installation and system, so the lights will move according to how you set the system.

What are some of the challenges which you had to encounter throughout this project?

Each building has its own boundary line. And because the site is placed in Bandar and there is not much space around the area, the structure of the building itself has reached its own boundary. So I couldn’t extend the building, and I could only renovate the place by mostly renewing the interior.

What inspired or influenced your concept design for your proposal?

Before this, we had an educational trip to Malacca. So I just took some bits of the architectural designs that I saw in Malacca and implemented it in my proposal.

Also, since the building is in Bandar, I had to consider the history of Bandar, Kampong Ayer and its surrounding, especially since Bandar has a lot of tourists. So I had to design the place based on the buildings that are nearby, so that it is aligned with the environment.

Is there an interior designer or architect who inspires you, or perhaps inspired your concept design for this project?

There is, but I could not just implement her designs into my proposal, because they have different purposes. And I also had to consider that, since this is Brunei and the building is an old building, I could not just demolish this and that. So I still had to stick with the building’s structure and layout.

I love Zaha Hadid, but I am more into her design for staircases. She inspires me, but I couldn’t really develop much of her concept for my project.

I was also informed that you won the award for Best Final Presentation. How do you feel about winning this award?

Alhamdulillah, I am grateful to Allah Subhanahu Wa Ta’ala. No words could describe my feeling at the time. His blessings were on my side, so yes, I am so thankful and I didn’t expect to get the award. But honestly, I had a mixed feeling, because I remembered how difficult it was for me and the others to finish the presentation models - we didn’t sleep for a few days!

Well, congratulations on your win! But what are some of the challenges which you had to overcome in achieving this award?

The challenges were mostly doing this particular model while doing other works and tasks - basically, multitasking. We had to set up our booths ourselves and so on, and we had to manage our time properly. It was very challenging - we weren’t just doing work for this model, but also other things.

Where do you plan to go after this?

Maybe I’ll try to find a job after this. I had one before, but then I got a chance to enter Politeknik. And now, if I get the opportunity, I would like to continue to work, perhaps at an architecture firm or elsewhere.

What inspired you to become an interior designer?

My grandfather. He was always into designing and making modern furniture. He is his own private carpenter, and he would make us wardrobes, chairs and furniture units. So it inspired me to have that dream.