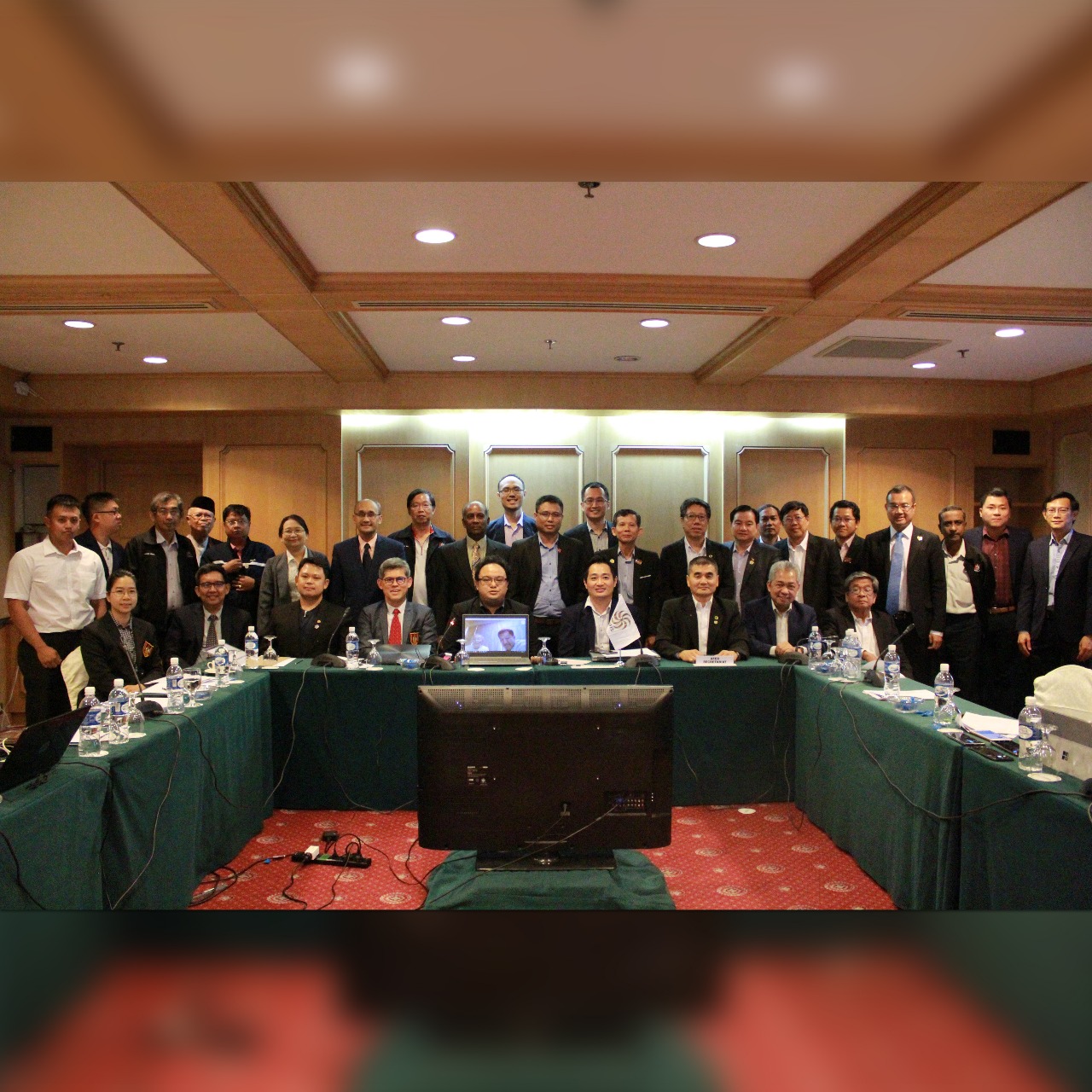 **This article was written and posted on the website's "Current Affairs" section on May 3, 2019

The event began early in the morning with a technical visit to the Temburong Bridge. More than 20 people joined the field trip, including the ASEAN delegates of AFEO, government officers from the Ministry of Development, and the representatives of PUJA Engineer Division; Mohammad Nazri bin Mohammad Yusof (Permanent Secretary at Ministry of Transport and Info-communication), Hj Mohammad Zin bin Hj Salleh (Vice-President and Chairman of the Engineer Division), Dayang Lim Sui Kau Alice (Director General of Public Works Department) and Awang Chin Lee Tuck (Secretary of PUJA Engineer Division). A briefing was conducted at the Ministry of Development Headquarters prior to the visit, with Naeem Hussain (Global Bridge Design Leader of Arup, a multinational firm providing engineering, design, planning, project management and consulting services for all aspects of the built environment) presenting a talk on “Brunei Temburong feasibility study design and construction”.

﻿Delegates and committee members during their site visit at Temburong Bridge﻿

The day continued with a series of ASEAN Engineering Inspectorate (AEI) meetings aimed to standardize all electrical standards across ASEAN countries, which was attended by a total of around 120 delegates across the region. The meetings were divided into three sessions. The first session was led by the organization’s AEI Building Steering Committee, with a briefing on Building Fire Safety Inspection Checklist, followed by updates from each country member on their status in the implementation of the guidelines. The AEI Electrical Installation Steering Committee took over the second session, in which the members discussed their plans to conduct a survey, in each ASEAN country, on the value of electrical installation for construction works, as an initiative to identify the potential trade value of the construction industry within the region. The session also included each member’s reviews on their preparation for the AEI Roadshows, which will be conducted in each ASEAN country as an attempt to create awareness on the standards and guidelines of electrical installation among the region. The final session was carried out by the AEI Boiler Steering Committee, who presented the Proposed Boiler Inspector Guidelines and Standard to be implemented by each country member.

The event was then proceeded with a dinner reception in the nighttime, which was conducted to officially welcome the AFEO delegates, with Hj Mohammad Zin bin Hj Salleh acting as PUJA’s representative.

AFEO has long been formed as an association of engineering institutions and organizations of ASEAN countries, with the objectives to promote goodwill and understanding among ASEAN members, as well as to establish and develop an ASEAN baseline standard for the engineering profession, in facilitating the mobility of engineers within the region. Since then, each country member has been taking turns to organize the yearly Mid-Term Programmes, as means to continuously progress in pursuing the association's objectives.