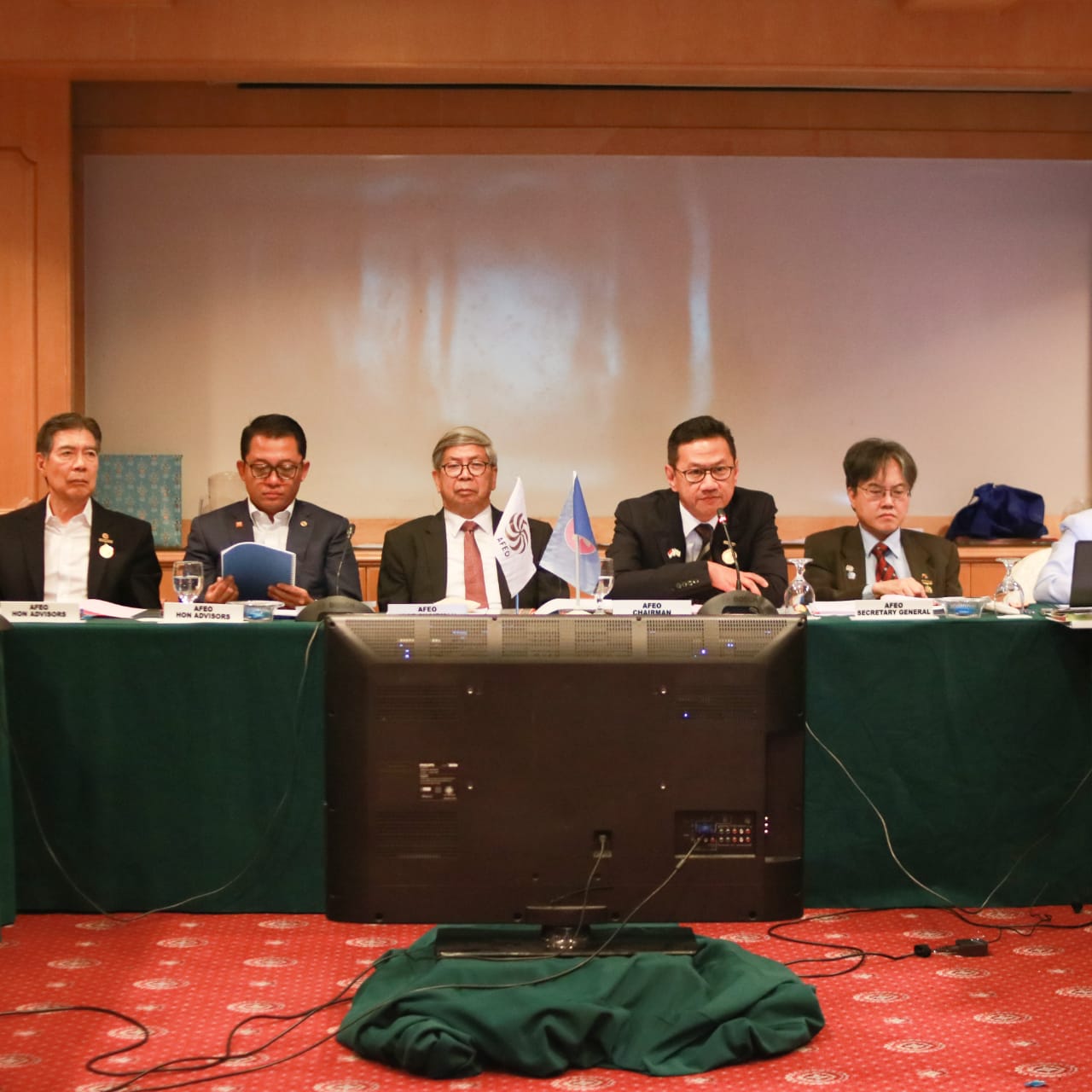 **This article was written and posted on the website's "Current Affairs" section on May 4, 2019

The series of meetings conducted amongst the delegate members of the ASEAN Federation of Engineering Organisations (AFEO) ended on the third day of the 2019 Mid-term Programme, which was held at the Centerpoint Hotel, Gadong on Thursday, 2nd May, 2019. The event ran from 8:30 am to 12:45 pm and was divided into two sessions.

The first session was focused on the ASEAN Engineer Register (AER) commission meeting, which was aimed at enhancing the mobility of engineers within the region, as well as promoting wider networking and strategic alliances among professionals of the engineering profession across ASEAN, through the establishment of a centralized database.

The event was then proceeded with another meeting involving the AFEO Governing Board, which includes AFEO’s working groups for the Young Engineers (YEAFEO) and Woman Engineers (WEAFEO). During this session, the delegate members presented and finalized their reports on the previous meetings which took place throughout the three-day Programme. The meeting also included a discussion on the Nominations for the AFEO Awards 2019, which will take place between 11th to 14th September in Jakarta, Indonesia this year, during the Conference of the ASEAN Federation of Engineering Organisations (CAFEO), whereby Pertubuhan Ukur, Juruteknik dan Arkitek (PUJA) Brunei was given three nominees for the ASEAN Outstanding Engineering Achievement Award.

As the central association for engineering institutions and organizations in the ASEAN region, AFEO has been organising annual Mid-Term Programmes, followed by CAFEO at the end of every year, since its official establishment in 1982. The meetings and conferences are aimed at continually improving the standards of the engineering profession, as well as to facilitate the mobility of engineers across ASEAN. Brunei Darussalam has hosted several events under AFEO in the past, and is expected to conduct CAFEO for the upcoming year 2021.