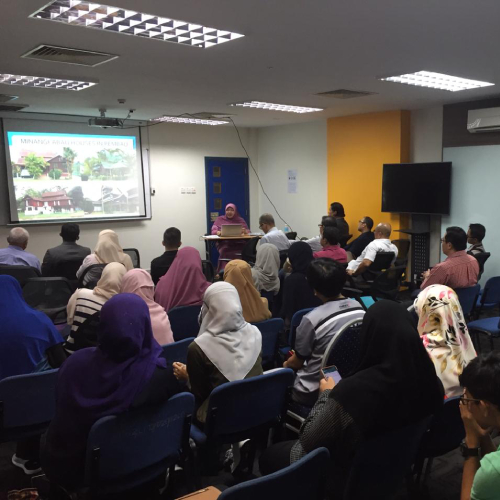 Apart from the students and staff members of the local technological institution, the lecture was also attended by members of the Pertubuhan Ukur, Jurutera dan Arkitek (Brunei) Architect Division (AD) — among whom was PUJA’s Past President and founding member, Dato Paduka Ar. Awang Haji Idris bin Haji Abas.

One of the papers presented at the lecture was entitled “Application of Universal Design in the Built Environment”; which was initially written to educate the public, especially professionals in the construction industry on providing continuous and seamless access in the built environment, particularly for people with disabilities. The paper touches on the development of Universal Design around the world, with the establishment and adoption of the Sustainable Development Goal (SDG) 2030; the introduction of Malaysian Standard of Universal Design and Disable Acts 2008; and the issues faced by persons with disabilities (PwDs), particularly those who are hearing impaired, vision impaired and wheelchair users.

The session also included another paper presentation on “Malaysian Architecture and Heritage Studies”, which served to introduce and explore the Architecture in Malaysia, by studying the country’s various types of traditional Malay houses and the influence of Islam in their designs.

The final paper was a “Travel Journal on Universal Design and Accessibility”, which is the lecturer’s personal journal during her travels in several parts of the world for the past 5 years. The lecture included some of the examples and best practices of the application of Universal Design that have been implemented and applied on various building typologies — such as waterfronts, shopping complexes and public spaces — which were found in various cities around the globe including London and Oxford in the United Kingdom, Stockholm and Lund in Sweden, Olso in Norway, and many others.

Presenting her lectures at the event; Prof. Dato’ Sri Ar. Dr. Asiah has had over 20 years of experience as a lecturer in the Department of Architecture in Kulliyyah of Architecture and Environmental Design (KAED), IIUM. With a PhD from Oxford Brookes University (United Kingdom) — following a Bachelor’s Degree in Architecture from Deakin University, Australia and a Diploma in Architecture from University of Technology Malaysia (UTM) — she has written and published various works under her field; such as her study on “Access Audit in Religious Building and Public Spaces in Damascus City, Syria”, “Housing in Islamic Perspective; Brunei as a Case Study”, and “IBS Towards Open Building System in Malaysia”.

Apart from her writings and her role as the Chief Editor for the Journal of Universal Design in the Built Environment (JUBDA), as well as the Journal of Architecture, Planning and Construction Management (JAPCM); Prof. Dato’ Sri Asiah is also a renowned Professional Architect for Designing for Persons with Disabilities (PwDs) with her own architectural firm, known as DASAR Architect. 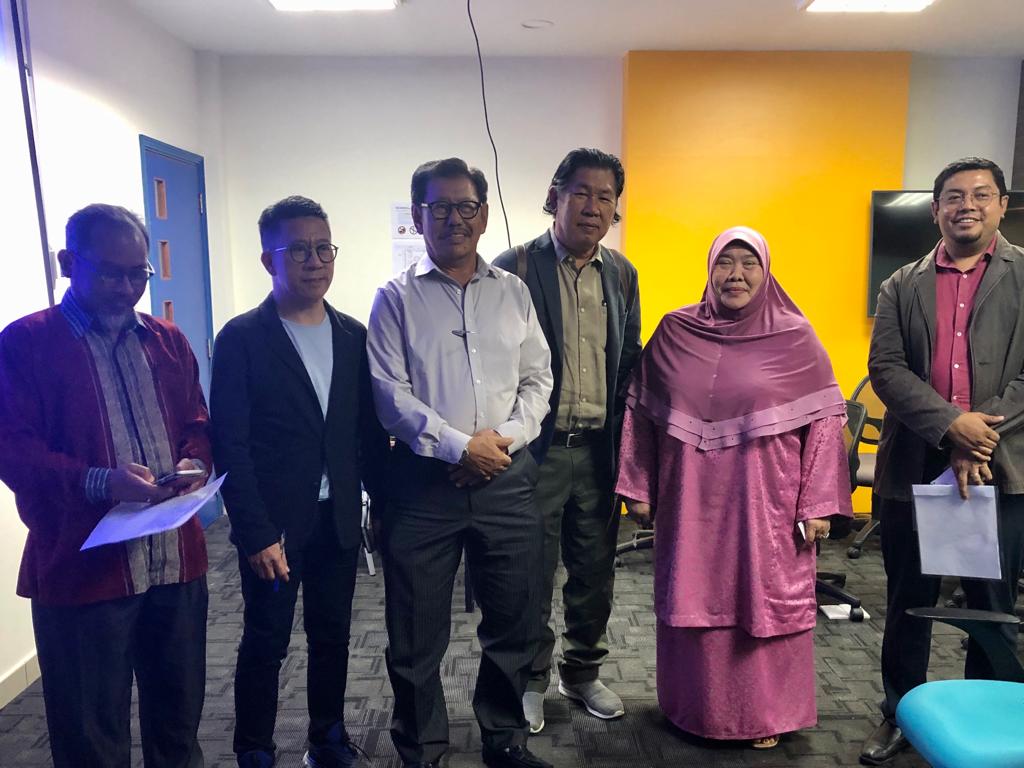