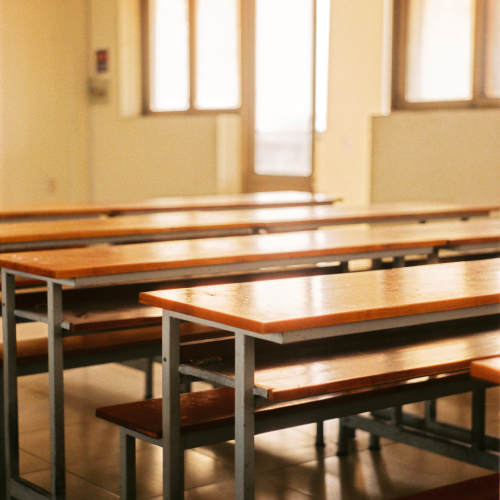 Temburong houses and schools received visits from His Majesty

Upon his arrival at the Sultan Hassan Secondary School in Bangar, His Majesty received a warm greeting from the school’s Principal, Awang Abdul Wafi Sia bin Abdullah Sia, who also gave a briefing on the school’s condition during a touring session around the school.

Several issues and challenges were brought up during the session, including the school hall’s lack of maintenance and unsafe condition, as well as the need for additional teaching staff, a new building for the school, portable cabins and sports amenities.

The monarch also made a stop at the Puni Primary School prior to his visit to the Ujung Jalan Control and Inspection Complex in Kampong Ujung Jalan.

Responsible for controlling and inspecting entries and exits to and from Brunei Darussalam, the Kampong Ujung Jalan control was operationally launched on April 24, 2012, with personnel from government agencies — such as the Immigration and National Registration Department, Royal Customs and Excise Department, Internal Security Department, Narcotics Control Bureau and Anti-Corruption Bureau as well as Health, Land Transport, Agriculture and Fisheries departments and Halal Food Control Division of the Syariah Affairs Department — under its wing.

The series of visits also included a stop at the Bokok Religious School, and the residence of Legislative Council member and Penghulu of Mukim Bokok, who is also the Acting Penghulu of Mukim Amo, Yang Berhormat Awang Haji Emran bin Haji Sabtu in Kampong Menirup, Jalan Pendaruan Temala, Mukim Bokok.

Covering 14, 616 hectares of land, Mukim Bokok consists of a population of 3,576 residents and accommodates the only National Housing Scheme in the district, which is Kampong Rataie.

Before heading to the selected houses of the Kampongs’ recipients, the Sultan also made unscheduled visits to Temada Police Control Post, as well as the residence of Awang Ambol anak Bakit,  the Village Head of Kampong Lepong Baru.

RPN Kampong Rataie is comprised of a total of 603 houses, of which 358 units are terrace house units. Containing three bedrooms, a bathroom and a kitchen, each of the terrace house units measures up to 106-square-meters and consists of a land covering 158 hectares. The housing area is made up of a comprehensive housing development concept, equipped with public spaces such as school, mosque, recreational park and children’s playground.

Statistics released by the Housing Development Department has shown that over 28,000 nationwide houses and land lots have been awarded under the RPN up to date.  Of the qualified recipients who were provided the awards, 635 are applicants from the Temburong District — marking the smallest number of applicants compared to other districts in Brunei.