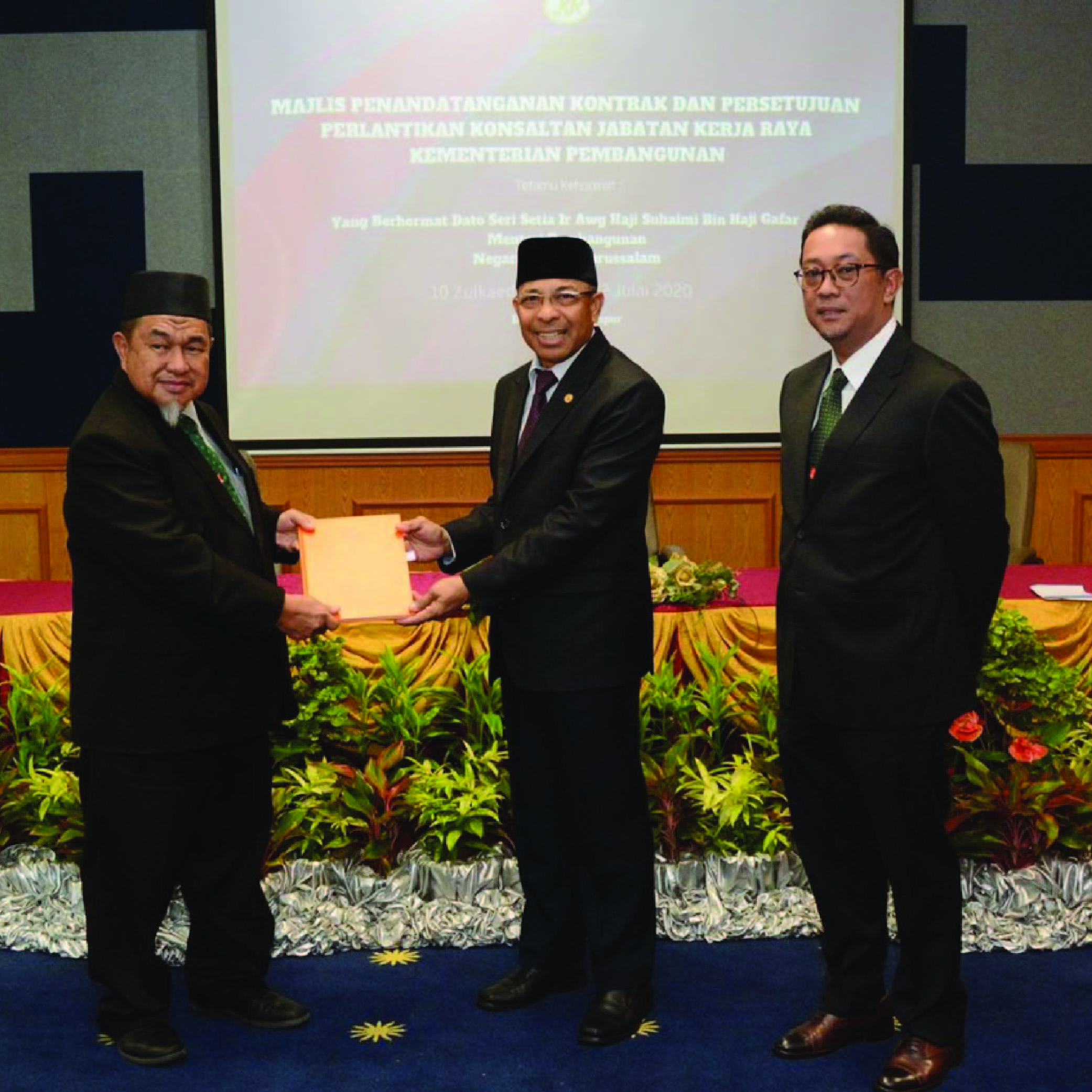 BANDAR SERI BEGAWAN, Thursday, 2 July. - As part of the Government’s effort in developing the infrastructure for the comfort and safety of the citizens and residents of the country, as many as three (3) projects and one (1) consultancy project were signed at the Contract Signing Ceremony and the Agreement for the Appointment of Consultant for Public Works Department (JKR) at Atria Simpur Hall, JKR Headquarters.

The ceremony first saw the signing for the ‘Replacement and/or Transferring of old Main Pipes For All Districts’ project : main pipes of Kampung Lamunin, Tutong District worth BND 2,639,350 will be executed by Seri Ghanimi Contractor Sdn. Bhd. for the period of 24 months.

The project will ensure that the flow of water in the network system to be at an optimum level as well as to lessen the disruption of water supply because of leaks in the old pipes.

The second contract signed was the Upgrading of the Water Supply System Project (Construction of water tanks and the improvement of water pump system) – Diplomatic Tank, Brunei Muara District, worth BND1,488,313 will be executed by Mountbiz Sdn Bhd. for the period of 18 months.

The project is expected to upgrade the water supply in order to cater to the increasing number of residents, buildings and industries in the Sungai Akar, Pulaie area and the nearby areas.

The third contract signed was the Project to Upgrade the Steel Bridge ‘Bailey’ to Concrete Bridge worth BND6,016,888 that will be executed by Foundation Contractor and Engineering Sdn. Bhd. for the period of 24 months.

The project will increase the level of safety and comfort as well as to ease the journey for road users especially in the rural areas.