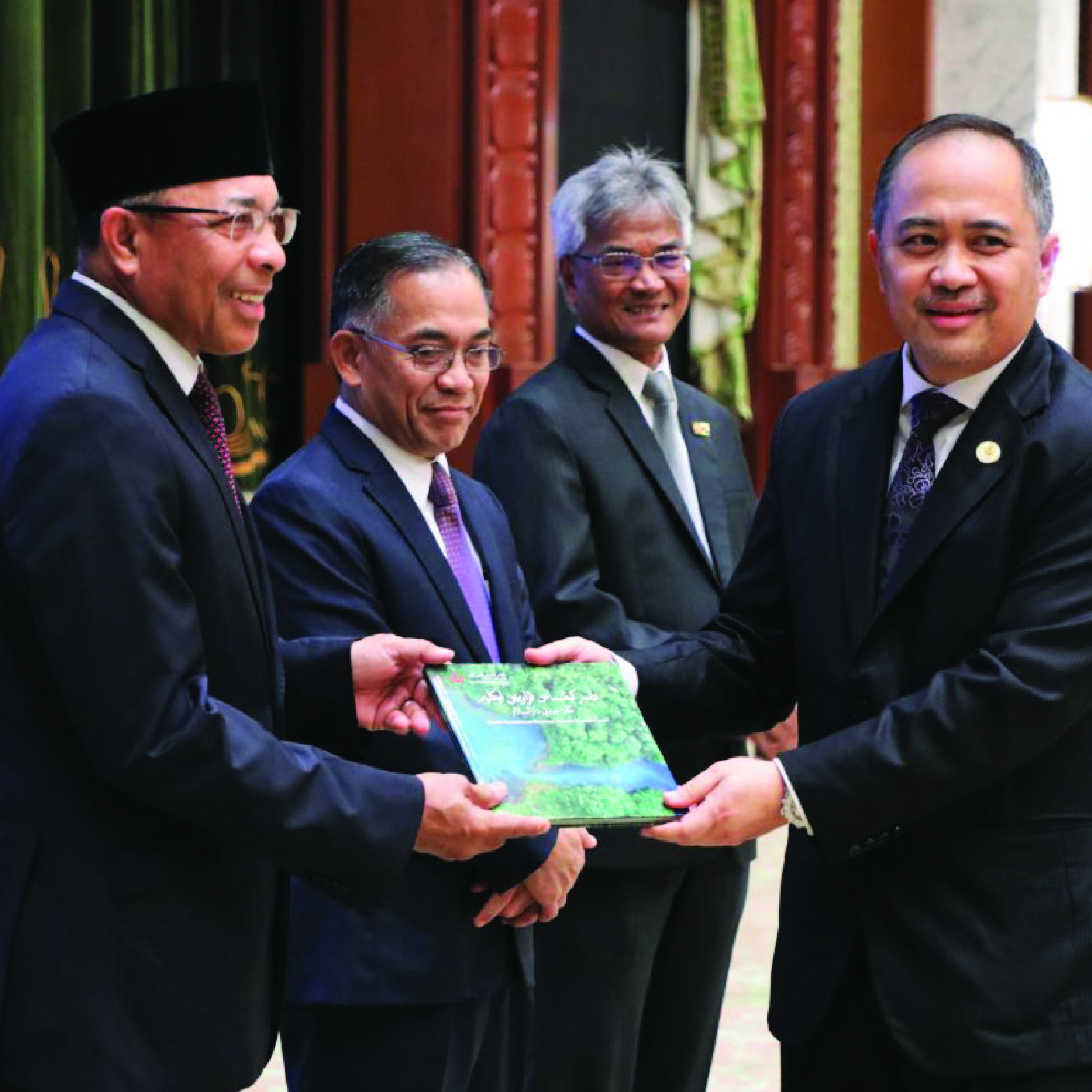 Bandar Seri Begawan – Starting next year, Brunei will make it mandatory for all industrial greenhouse gas emitters to report their carbon footprint which is a move towards combating climate change after the country recorded rising temperatures and number of forest fire incidents in 10 years.

One of the 10 strategies outlined is mandatory carbon reporting which is included in the first Brunei Darussalam National Climate Change Policy (BNCCP) document that was unveiled on Saturday.

The carbon reporting is aimed as a way to promote transparency of greenhouse gas emissions and helping Brunei to transition into a low-carbon nation through better monitoring.

At 10 tonnes of Carbon Dioxide, which needs about 200 trees to offset, Brunei has one of the highest annual carbon footprint/person in the region.

Speaking at the launch of the Climate Change Policy document, Minister of Development YB Dato Seri Setia Ir Hj Suhaimi Hj Gafar said that the carbon inventory will be used as a tool to ensure successful climate change mitigation and adaptation.

A real-time online system will also be developed for more effective and efficient carbon reporting. 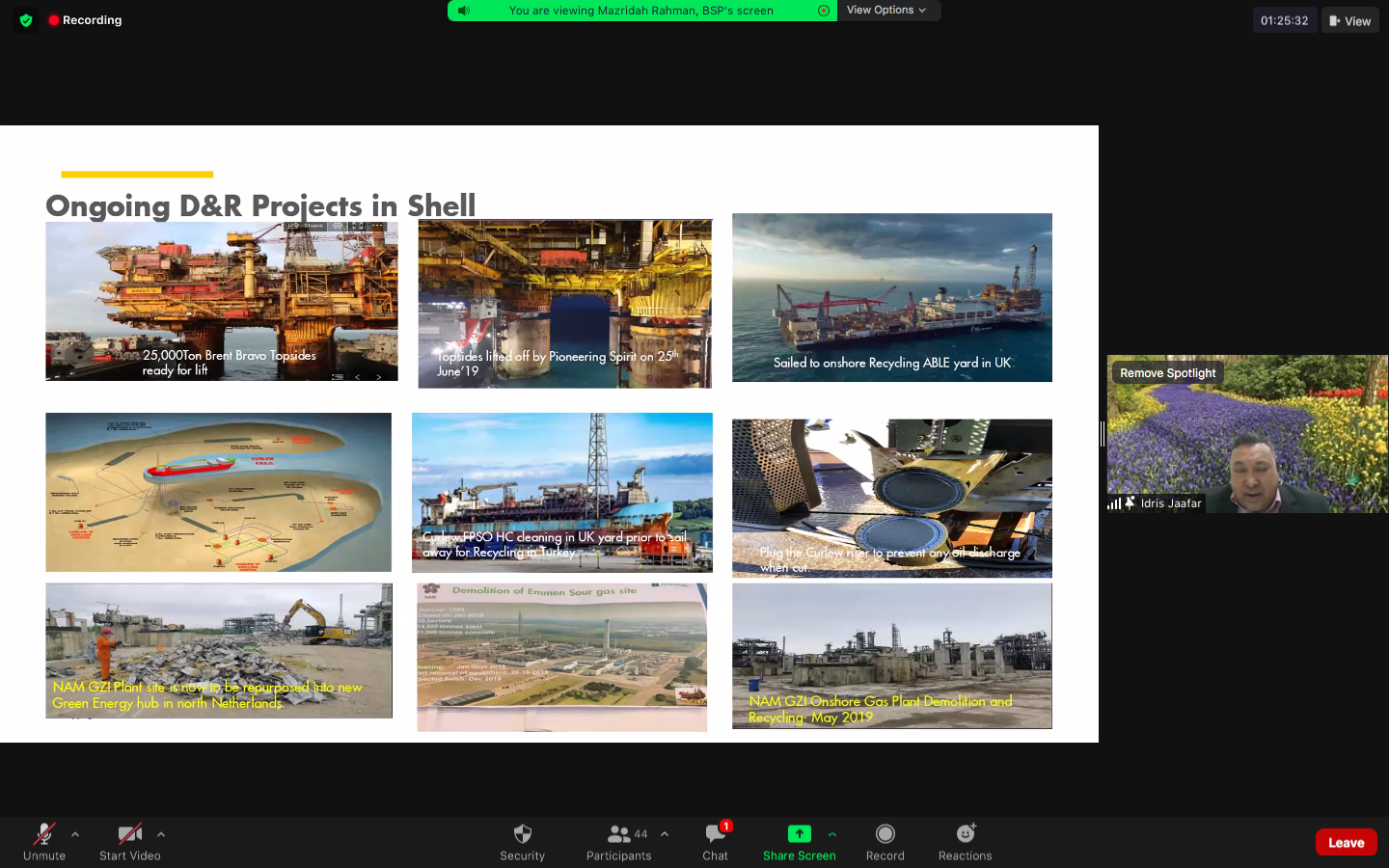 Other strategies to lower greenhouse gas emissions in the policy document include introducing carbon pricing to all industrial facilities and power utilities by 2025, increasing the share of electric vehicles to 60 percent of total annual vehicle sales and shifting towards renewable energy to at least 30 percent of total power generation mix by 2035.

80 percent of Brunei’s carbon emissions is contributed by the energy sector.

The new climate change policy can potentially reduce Brunei’s greenhouse gas emissions by more than 50% by 2035, said the Minister of Development.

“This will open up new opportunities for a low-carbon or green industry growth in Brunei and subsequently unlock multiple [opportunities] such as local business development, local employment and competencies, digital technologies, R&D and FDIs”, the minister added.

The Minister of Development, YB Dato Hj Suhaimi, the co-chair of National Council on Climate Change, said Brunei is vulnerable to climate change due to its size and location even though it is only contributing about 0.025 percent of global greenhouse gas emissions.

2016 saw the warmest year in Brunei records with Brunei’s average temperature increasing by 1.25 degree Celsius and is expected to further rise up to 4 degrees by 2100

With Brunei recording its warmest year in 2016, he said Brunei’s average temperature has already increased by 1.25 degrees Celsius and is expected to further rise up to 4 degrees Celsius by 2100.

The policy document states that rising temperatures and humidity will likely increase exposure to vector-borne diseases such as dengue, malaria and Zika.

Brunei has lost 40 percent of its wildlife biodiversity due to forest degradation since 1970. 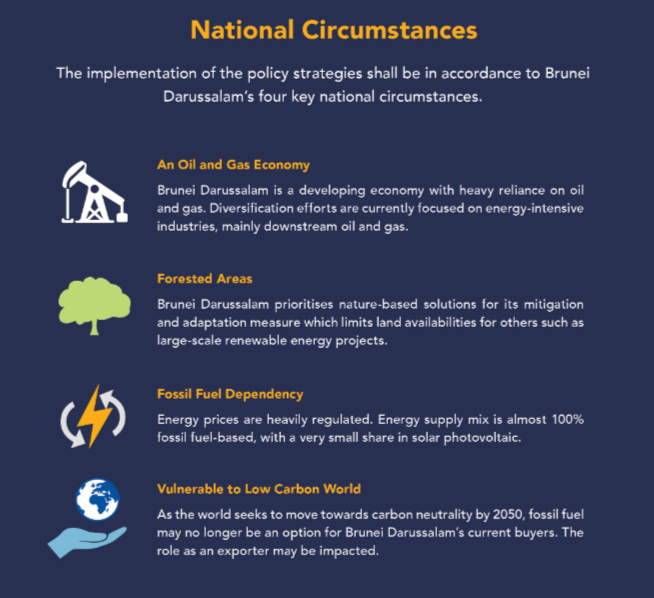 YB Dato Hj Suhaimi said greenhouse gas emissions in the aviation sector tumbled 75 percent in April 2020, which comes after the suspension of most Royal Brunei Airlines flights due to the COVID-19 pandemic.

Carbon emissions in the industrial sector have also dropped 36 percent in the first quarter of this year when COVID-19 restrictions were put in place in March.

The residential sector, on the other hand, saw a seven percent increase in the same period as the closure of schools resulted in students staying at home for online learning.

“For the land transport sector, greenhouse gas emissions declined by 11 percent and a further reduction of eight percent in March and April respectively,” the minister said.

The minister added, the reduction in carbon emissions may be short-Iived but showed the possibility of leading a less carbon-intensive lifestyle.

Brunei started easing its COVID-19 restrictions on May 16 following the slowing down of the coronavirus in the country.

“With ongoing investments, we will see our GHG emissions more than double in the next 15 years. We must advance Brunei towards a low carbon transition to further stimulate its development moving forward,” he added.

Four ministries – energy; primary resources and tourism; transport and infocommunications; and development – form part of the National Council on Climate Change involved in establishing the climate change policy, which will be regularly revised.