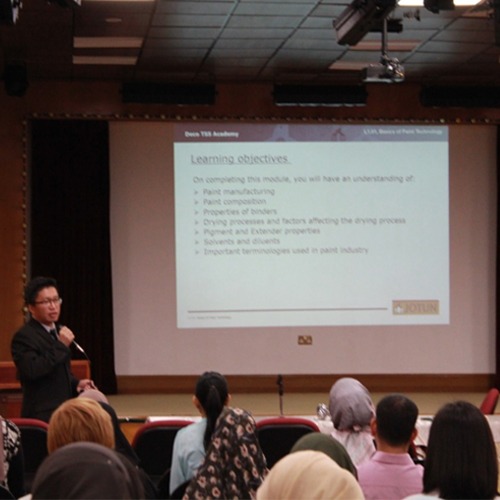 More than 60 people attended the event conducted at Dewan Betabur, Ministry of Development (MOD) Headquarters; most of whom were PUJA (Brunei) members, in addition to government officers under MOD. 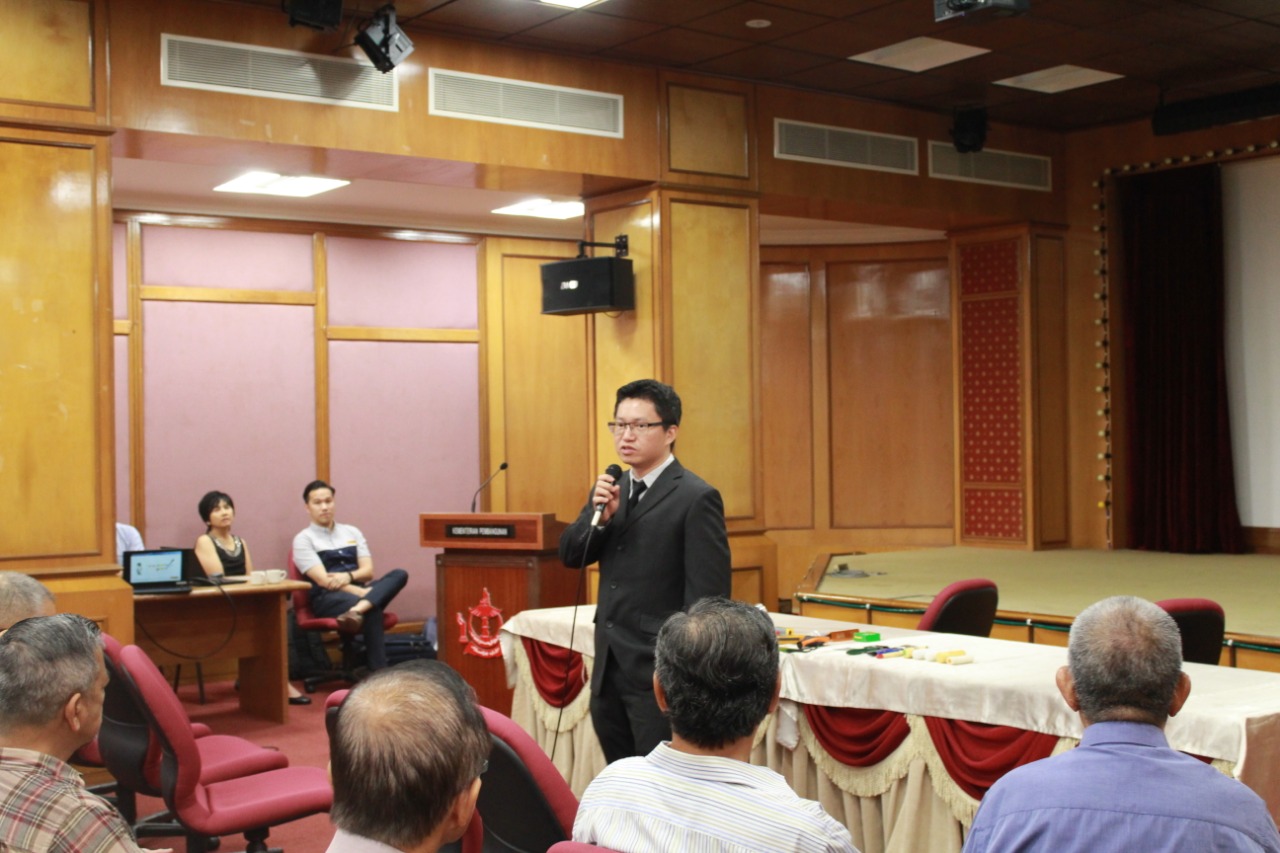 Presenting the talk entitled “Painting: 4 Things You Need to Know” was an invited speaker from Jotun Paints Malaysia. With nineteen years of experience in the coating industry, Wai Man Yau has conducted various lectures and presentations on paint to various organizations; including Pertubuhan Arkitek Malaysia (PAM), developers and key contractors. Apart from obtaining a Bachelor’s Degree in Chemical Engineering from the University of Technology Malaysia, he has also had experiences working for widely-known companies, namely Valspar Corporation and PPG Coatings.

During his presentation, Mr. Wai touched on the basics of paint technology, which also included the chemistry of paints, its different types and properties, as well as terminology. The talk was also concerned with several other aspects of paints such as its tools, methodologies and testing instruments; in addition to an in depth study and evaluation on paint failures, their causes and ways of dealing with such incidents. Overall, the CPD talk aimed to mainly cover four aspects of painting fundamentals; basic painting terminology, as well as painting tools, technology and processes. These fundamental knowledge are considered essential in an industry heavily involved in designing and preserving the appearance of buildings and infrastructure.

The event ended with a Token of Appreciation giving ceremony for the speaker, which was conducted by PUJA’s Secretary General, Ar. Muhammad Billy Lim Abdul Aziz. 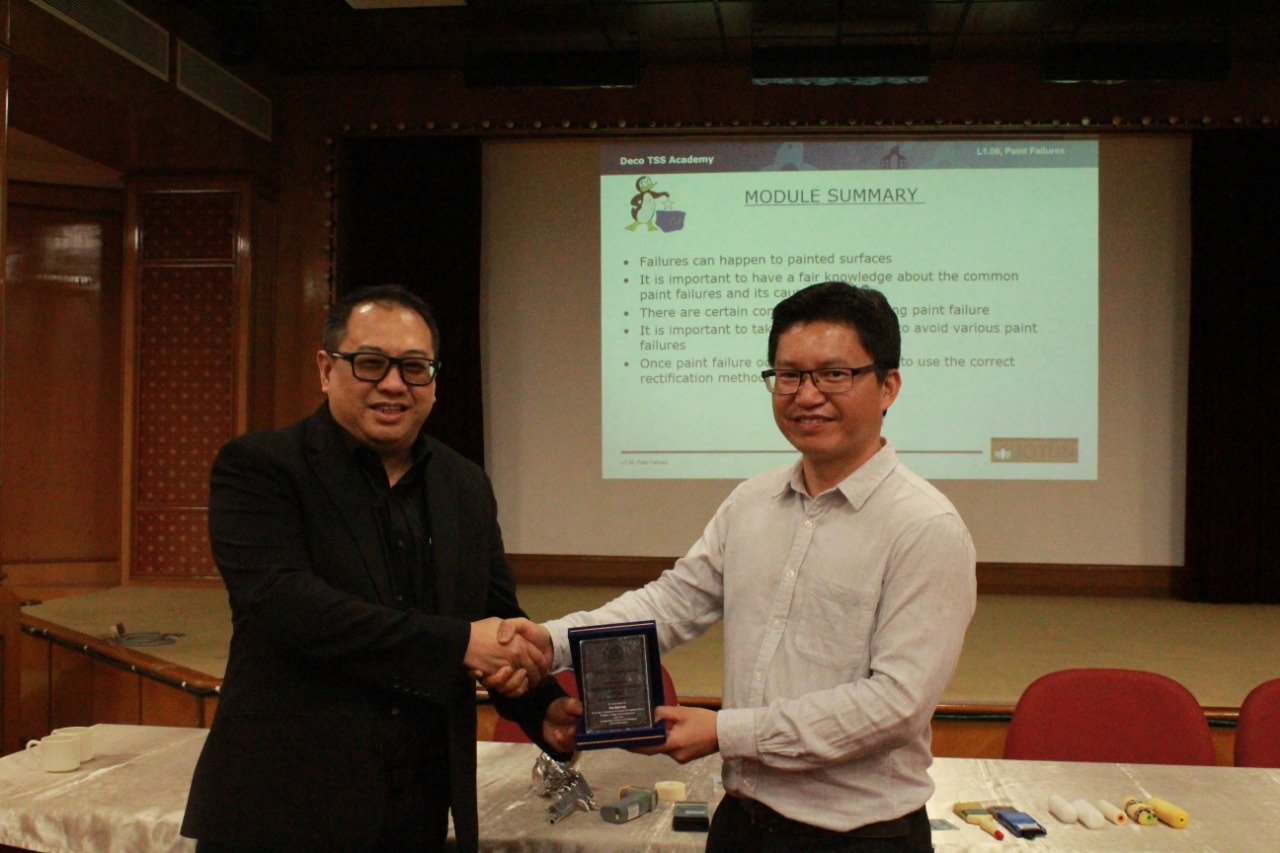 Organising the event alongside PUJA, Jotun has been a long-established corporation in the global paint business. After decades of its formation and operation, Jotun can now be found in over 90 countries, including Malaysia. 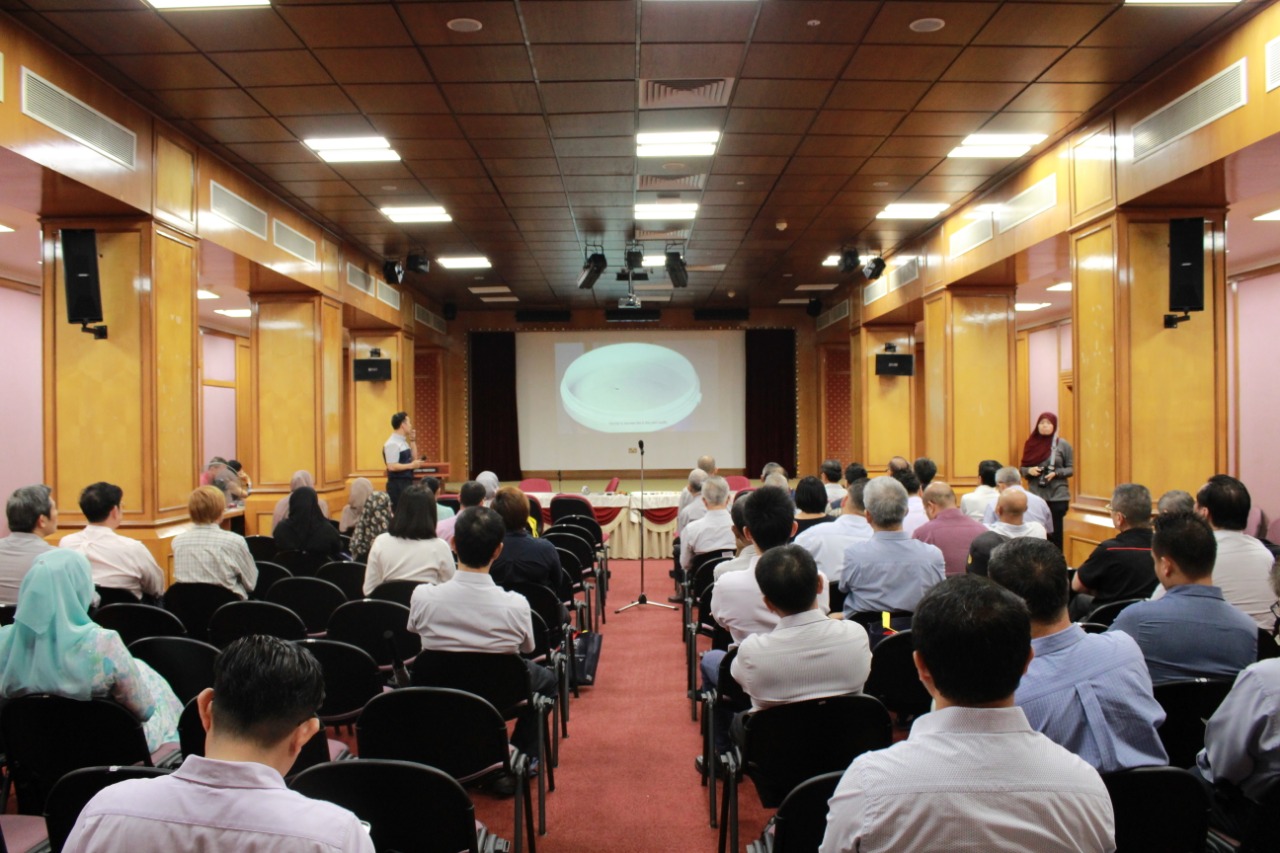