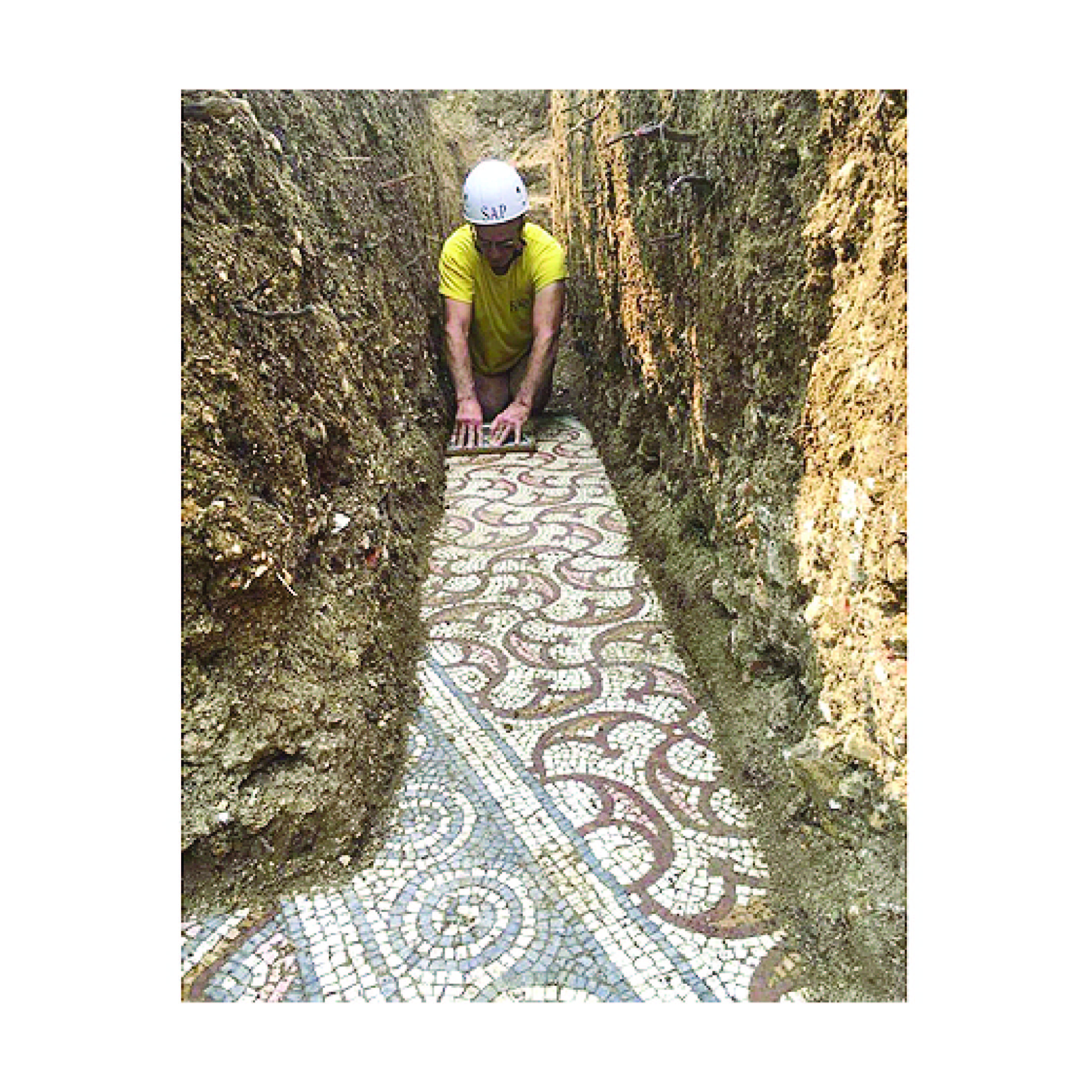 A well-preserved mosaic floor of an ancient Roman villa dated a century ago was discovered by a group of archaeologists near the northern Italian city of Verona.

The mosaic was found in bright shades of red, purple, orange and yellow appeared to be in “a good state of conservation” as observed by archaeologists after gingerly digging a trench between vineyards in the hills of Valpolicella, said Gianni de Zuccato – the official in charge of archaeology in Verona province – last Friday.

Mosaics revealed the site of an ancient villa that were first discovered in 1922. Partial digs have been done by archaeologists to determine the scale of the original villa and in preparation to transform the area into a museum. The recent discovery of two nearby mosaic floors confirmed the villa extended north and south of the original site.

The dig that went on from May 18 – 22 was the fourth since July and only went ahead after the coronavirus lockdown restrictions were lifted. The discovered mosaic from the villa’s servants’ quarters dates back to the 3rd century and has since been covered back up.

The city administration of Negrar, the town where the site is located said in a Facebook post that after many failed attempts, finally a part of the Roman Villa’s
flooring and foundation discovered 100 years ago has been brought back to light.

Discussions would be made between archaeological officials, landowners and Negrar officials to decide the best way to make the site accessible to the public.

The 1922 original excavation revealed remains of a villa of some 270 square meters that had intricate covering set into the floors of multiple rooms.