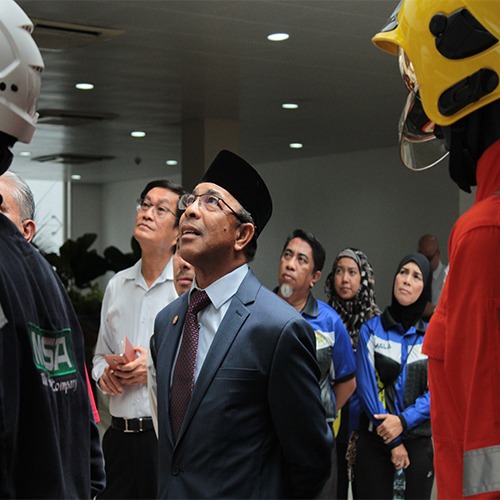 A two-day programme aimed at increasing awareness on Occupational Health and Safety was hosted by the Public Works Department (JKR), last week at Dewan Atria Simpur, JKR Headquarters in Berakas. Incorporating the theme, “Safety and Health and the Future of Work”, the event was conducted in conjunction with World Day for Safety and Health at Work, which is an international campaign held annually on 28th April by the International Labour Organization (ILO).

The launching ceremony took place on Monday, 29th April, 2019, which was attended by the Guest of Honour, Yang Berhormat Dato Seri Setia Ir. Awang Haji Suhaimi bin Haji Gafar (Minister of Development). In his opening speech, the minister emphasized that “the awareness for Occupational Safety and Health should not only be practiced during this event (...) but it should be cultivated consistently in our daily work life and among all the staff members of the ministry”. He also highlighted Occupational Health and Safety as one of the priorities of the ministry, “which is also included in the basic framework of the Ministry of Development’s 2018-2023 strategic plan in making health and safety as part of the daily work culture, be it in construction sites or individual work places”. 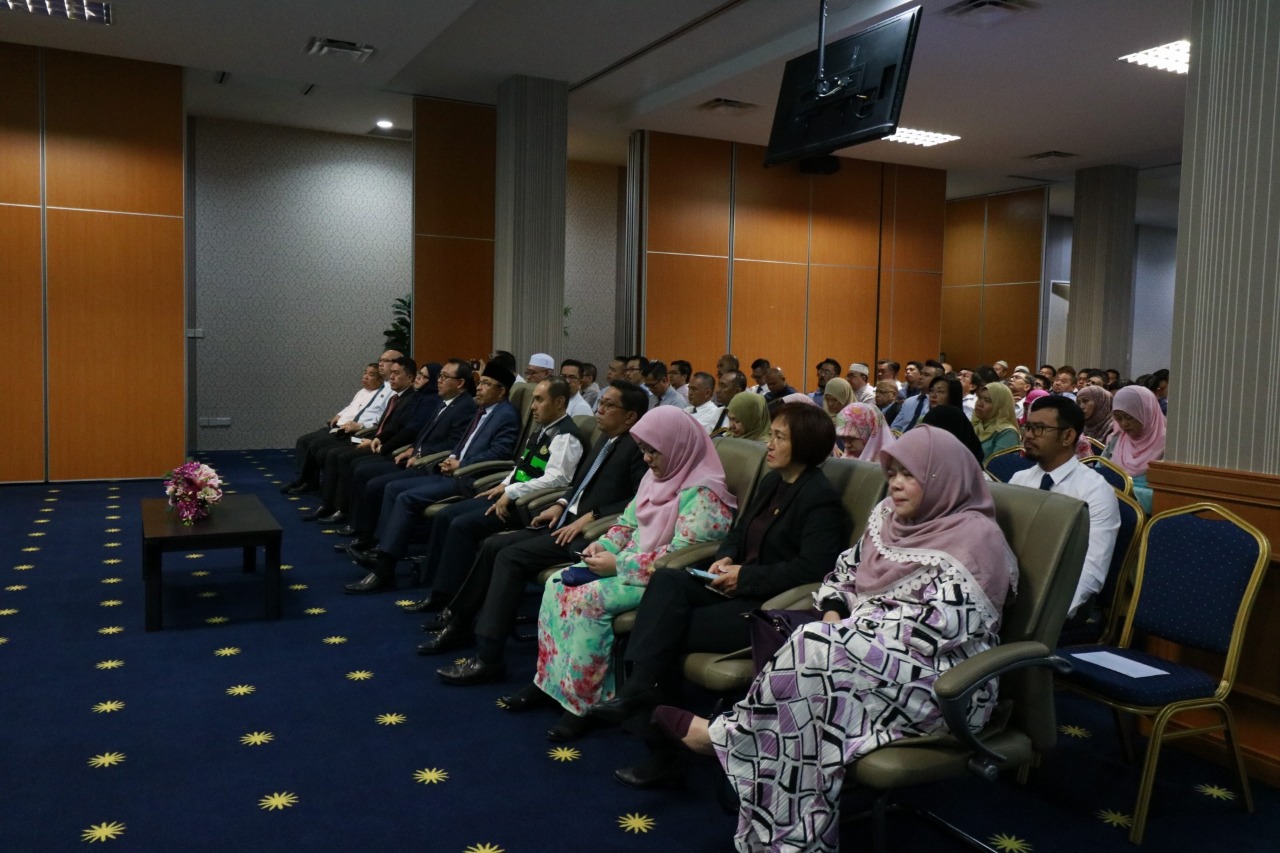 The programme included talks that are focused on subjects dealing with the safety and health of jobs in workplaces and construction industries, in addition to exhibitions and activities which are open to public. The exhibitions are managed by the departments under JKR, safety equipment supplier companies, safety training providers and several other relevant government agencies. Also conducted as part of the programme was a blood donation drive, which was held after the event, on Wednesday, 1st May, 2019.

A safety demonstration was held as part of the exhibition

Safety items on display at one of the booths

According to the Guest of Honour, the reports issued by the ILO have recorded a global estimation of more than 2.78 million deaths of employees as a result of work related accidents and illnesses. On the other hand, although the number of accidents in the local construction industry have reduced by 5.8 per cent in the year 2018, the total cases involving falls from great heights is the highest among the statistics. A report issued by the Ministry of Health in 2017 also stated that 65 percent of accidents in workplaces occured in non-health care settings, and most of these incidents were involved in construction sites.

Moreover, accidents and illnesses at the workplace have resulted in losses of up to 39.4 percent of the  global Gross Domestic Product (GDP) every year, and improving the safety and health of employees can possibly contribute to the United Nation’s Sustainable Development Goal 8 (SDG); that is “Decent Work and Economic Growth”.

Hence, the minister emphasized that earlier preparations should continuously be made, “through community awareness and education on the dangers and risks in workplaces in order to ensure a safe and healthy generation”.

The programme ended with a closing ceremony, which was held on the second day, 30th May, 2019. The Deputy Minister, Ar. Awang Haji Marzuke presented a token of appreciation to Haji Mohammad Zin bin Salleh (Vice-President of PUJA and Chairman of the Engineering Division), who received it on behalf of PUJA for sponsoring the event.

The Safety and Health Week 2019 serves as one of the government’s initiatives to increase the level of health and safety among employees, as well as to reduce the number of accidents in workplaces. This is JKR’s second time organising the event, which was initially held in 2018.